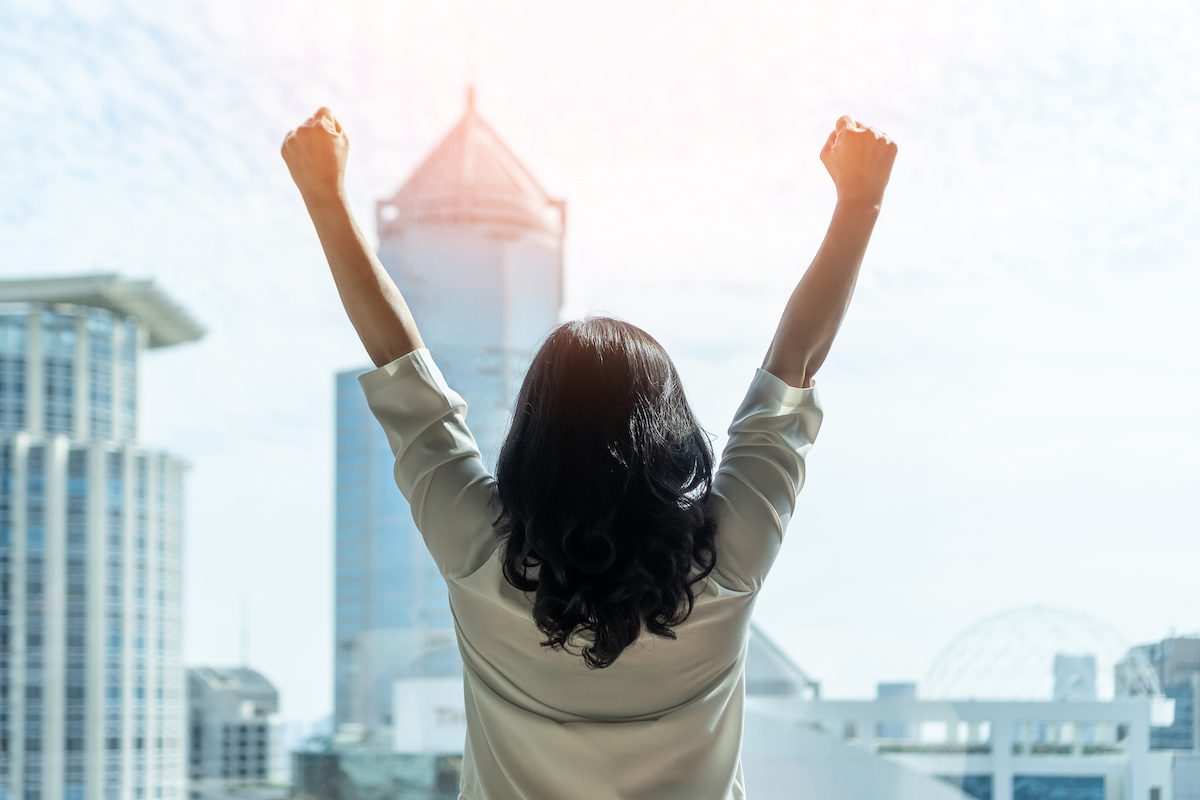 This article includes links which we may receive compensation for if you click, at no cost to you.

Historically, women have not had the same access to wealth as men did. It wasn’t until the 1970s that women in the United States were allowed to open bank accounts and have credit cards without a male cosigner.

And today, women typically step out of the workforce to care for aging relatives, young children, or various other familial responsibilities.

We’ve seen in full force during the pandemic when almost one million women stepped out to care for loved ones, keep families afloat, and perform unpaid labor. During this time, men continued to earn unencumbered by societal pressures to do it all.

Together, these social norms paint a dire picture of women’s finances in general. As a demographic, we are more likely to put our needs on hold to care for those around us, even if it is detrimental to our financial health.

While noble, putting ourselves in financial harm isn’t the best solution to large problems. Instead, we should be striving for financial independence, which will allow us to weather uncertainty with more financial stability, regardless of our choice to remain in the workforce.

What Is Financial Independence?

Financial independence is the ability to live off of means you’ve acquired for yourself, without needing to rely on a job.

You’ve spent time and energy amassing wealth to protect you from life’s misfortunes and you no longer need to work. You may still choose to work, but you don’t have to.

With so many pressures women face in society, it’s important that we focus on financial independence as a way to bring gendered financial equity.

Why Financial Independence Matters to Women

The world is set up financially against women. We have had to fight for equality, and even still there is a gender pay gap, occupational segregation, investment gap, and debt gap stopping us from having the same advantages as our male counterparts.

And, the gender pay gap widens over time. Women in their 20s and early 30s earn only a few hundred dollars a paycheck less than men, but once they’re in their 40s and 50s, the gap widens to thousands of dollars.

And that’s not the only way women are financially less secure than men. Women-led professions trail male-lead professions in earnings. A teacher, for instance, starts out with a salary of $40,000 or $50,000, whereas an engineer might earn closer to $80,000 to $90,000.

And women, especially women of color, are more likely to stay in low-wage work.

Women make up two-thirds of all tipped workers. Additionally, the percentage of Black women who are full-time minimum-wage workers is higher than that of any other racial group.

Not only do we earn less respectively and collectively, but we have more debt, including student loan debt. In fact, women carry two-thirds of the national student loan debt. We are more likely than men to have high monthly payments, despite earning less than men.

The average student loan payment among women is $307; this cuts into our ability to pay other bills and get ahead financially.

Worse still, is that Black women carry the most student loan debt. After 12 years of paying down student loans, Black women owe an average of 13 percent more than they borrowed.

The pandemic has encouraged more women to invest, and nationally, we’ve seen a 50 percent increase in women investing since 2018. But, we still trail behind men who invest more aggressively than women. This investing gap could cost women millions over their lifetime.

Why Does All This Matter for Financial Independence?

With so much set against women financially, it’s important that we do what we can to protect ourselves. This starts with financial protection.

Pursuing financial independence gives us a buffer between ourselves and the world. And, while the world might not be designed for women to succeed, we can create our own path to success.

The Growth of FIRE among Women

When the Financial Independence, Retire Early (FIRE) movement was popular, male voices filled the scenes. Upper middle class white men relied on their working wives to help fund their retirements and essentially glorified the status of the stay-at-home dad. There wasn’t much financial inclusion.

Then, Vicki Robins stepped onto the scene. Robins wrote the ever-popular book Your Money or Your Life and became a revolutionary voice on the scene. In a lot of ways because she showed women that they were a part of the movement as well. No longer was this space required to be male dominated, and other women started speaking up.

In 2018, Angela Rozmyn wrote a transformational blog post called “Meet the Women of the Financial Independence Movement” and launched a Facebook group that now has over 50,000 members.

This inspired her to start an entrepreneurial journey with her platonic life partner, Regina Moore, focused on deeper conversations with women in the personal finance community. Women Personal Finance has made over $10,000 in its first year.

Later, Tanja Hester of Our Next Life wrote Work Optional and highlighted a lot of different and inclusive people pursuing FIRE. Her data-driven guide to financial independence caused a sensation among FIRE people of all classes, even though she came from a high-income background. Before that, though, her blog posts have been instrumental in many women’s financial journeys.

Many other women have stepped onto the scenes to educate and share their journeys. Purple from A Purple Life shared her FIRE journey from beginning to retirement.

Kiersten Saunders with her husband, Julien, have been blogging about accessible FIRE for women and communities of color. They recently published Cashing Out.

Finally, the creator of cFIREsim, a very popular calculator in the FIRE community, revealed herself as Lauren Bolan, a trans woman.

Now, the community is filled with too many influential women to name. It’s no longer a space for white men, but a diverse and growing community. Filled not only with middle-class white women, but women of color, and queer women. And the more diverse the community grows, the more people will recognize themselves in our voices and will be able to reach for financial independence.

While financial independence is crucial for women’s financial security, they have a harder time achieving it than men.

Because women are paid less than men, they have less access to the tools that men do for financial independence. Their starting line is essentially further away than their male counterparts.

Women are also more likely to leave the workforce than men are for childrearing. During the pandemic, women left the workforce in droves. We dropped our participation in the workforce to levels not seen since the 1980s, and at the time of this article, we have not recovered our levels.

This is because women are considered crucial to home life. It’s an antiquated ideal, but one that permeates modern American culture. The woman is the caregiver, both for the generation above her and the generation below her.

Since the pandemic temporarily eradicated all social supports—women fell very behind in the work force. That’s not to say that child rearing isn’t a valuable calling, but when women are forced into the role, we suffer.

How to Achieve Financial Independence as a Woman

1. Check In with Your Finances

This is the most important step to pursuing financial independence. You need to know where you’re starting with your money in order to figure out where to go. It is also the most daunting step for those who haven’t done a money check in before. But it’s pretty simple.

Start with all the money you have. Bank accounts, investment accounts, retirement accounts. Some people even list their house or other large assets. Next, round up all the debt that you have. These two give you a financial picture and a diving board to jump off of.

You can also get crazy and calculate your FIRE number and see what you need to reach financial independence, or you can wait until you feel more confident with your finances.

2. Start Putting Away Money for Retirement

If you work for a company, you might be able to get a company match on your money. Leaving that on the table is actually costing you money. Check with your HR department to see what your match is and how to get enrolled in your 401(k), at least up to the match.

If you work for yourself or your company doesn’t offer a match, consider putting away at least 10 to 15 percent.

We start with retirement savings because they’re taxed advantage and you want to use all the government hacks as possible when chasing such a large dream.

You need to get your debts paid off to reach financial independence. Simply put, you cannot reach this financial status if you owe money to people. And in my opinion, owing money to people is uncomfortable. I hate paying debt because that’s money I could be using to reach bigger goals.

I recommend using either the avalanche method or the debt snowball method to pay off any debt you have.

Once you’ve built the habits of paying off your debt and saving for retirement, you’ll be able to build on these skills. Preparing for financial independence requires dedication to your financial life.

I recommend creating SMART goals for financial milestones. Take time to think through goals you want to have. Some of mine are owning a house and putting away $100,000 by the time I’m 30. And then create an action plan for them.

This step is the most crucial step to financial independence. And to me it’s the most fun because of how flexible you can be. Plenty of FIRE people retired just off of their stock market gains, but others used alternative investments to fuel their lifestyle. Real estate investing is popular and so is creating passive income streams. The goal of this step is to put yourself in a position where you don’t need to rely on a 9-to-5 job to fund your lifestyle.

6. Celebrate Your Financial Success Along the Way

Don’t forget to enjoy the journey. Oftentimes we as women can get so focused on the destination that we forget to celebrate how well we’re doing. I read somewhere once that the life you’re living now is the life that a previous version of you wished you had. And that’s stuck with me.

I try to remember that I’m doing well, even if I’m behind on my goals—or not where I thought I would be. I’m still doing really well. Hold that affirmation with you as you pursue financial independence.

Even as we face unprecedented challenges as women to do it all, we have the power to pursue financial independence. Instead of this being fraught with worry about money, we have the ability to be empowered.

The best thing about financially literacy is that anyone has the ability to learn and implement best financial practices, regardless of the cards stacked against them.

I’m not going to say that achieving financial freedom is going to be easy. It isn’t. I’m still early on in my journey and I’m not sure that it’s going so well. And there are some days I want to quit and just join the status quo. But I know that this thinking will only harm me. I have to embrace an abundance mindset and realize that while this is hard, it’s worthwhile.

And you can do the same thing. Financial Indepence should be accessible to everyone, not just rich white men. Women have been carving the way for other women to have a space in this world since Vicki Robin stepped on the scene. It’s our duty to carry on that legacy, in small and large ways.